None of us can envisage how the complex adaptive system of planet Earth and its ecosystems will develop over time, but one thing is certain – that our planet, and the human societies, animals and plants which inhabit it – will change in ways which are unknown and unknowable. The dominant cultural paradigms of modernism and postmodernism which have defined public health practice are being replaced by a new paradigm which is increasingly referred to as ‘metamodernism’. Public health leaders are ideally placed to shape this slowly evolving cultural revolution, and will also need to attend to their own development to thrive.

Human beings have lived in societies and created culture for at least 40,000 years. Cultural  ‘memes’ (non-biological units of cultural transmission) are spread between human beings by communication: similar to a virus becoming endemic, some memes take off within a society and become dominant. Memes which become dominant may go on to define a broader paradigm (‘meta-memes’) and thus define a society, we regard such meta-memes as being the symbols and signs of a society’s ‘culture’ (as represented by their forms of art, literature, music, philosophy, religion and science etc).

The spread of cultural paradigms is not even within a society, nor can a paradigm be readily contained within specific time periods as discussed by the authors under the pseudonym of Hanzi Freinacht. The cultural paradigm which has increasingly dominated Western society for the last few hundred years (‘modernism/scientific rationality’) has its roots in the 17th and 18th Century Renaissance, Scientific Revolution, and Enlightenment periods. While one cultural paradigm may dominate a society, nation, or group of nations, as in the example of modernism, there are actually multiple paradigms co-existing globally – and also within a nation or even within a local society – at any one time. For example, the range of cultural beliefs within societies and individuals across the planet currently spans from ‘animistic’ (tribal society with magical and ritualistic thinking) through multiple paradigms to ‘post-modern’ (criticism of the rational, scientific thinking of modernism). This presents a challenge to public health leaders, whose endeavours to improve the health and wellbeing of local communities and national populations cannot, as we know, ever be a one-size fits all. This is before we even consider the additional issue of stage of adult development of individuals within a society.

Each new cultural paradigm has brought some degree of improvement to the health and wellbeing of people and the planet. However even the most well-intentioned moral projects resulting in new and seemingly ‘better’ paradigms have brought unintended negative consequences of their own: every paradigm contains ‘the seeds of its own destruction’. Freinacht reminds us that modernism has led to further inequality, alienation and ecological collapse, and that while postmodernism has provided a narrative in response to oppression and inequality, it has largely failed to have impact.

There is evidence, especially in Nordic countries, of an emerging new cultural paradigm which public health leaders may wish to consciously pay attention to, in order to shape its direction, to enhance the benefits and to mitigate the unintended, inevitable, negative consequences. It is a paradigm evolving under the names including post-postmodern, TEAL, integral, and increasingly referred to as ‘metamodernism’.

Metamodernism is a perspective which transcends and includes many aspects of previous paradigms, and is based on complexity, emergence, and dialectical thinking. Individuals are seen in the context of transpersonal networks integrated with the planetary ecosystem, ie both autonomous and indivisible from others and the whole.  Descriptions of a possible metamodern society are based on ideas of cultivating new forms of social welfare – building societies where people feel heard and valued, with a focus on adult development and psychological wellbeing. Metamodern politics focuses primarily on process, in order to ensure that all people can flourish and thrive – and all of this in a way which is open, democratic and without ‘being controlled’. As public health leaders, we know that this must be underpinned by the essential needs of food, security, income, and other key determinants of health: and yet there is also increasing evidence that people with, for example, poor mental health can also experience high levels of wellbeing, and vice versa.

Public health professionals have always worked at the forefront of new ideas and new paradigms, working across systems, organisations and communities in service of their populations. In order to lead in the context of new, post-postmodern cultural paradigms, public health leaders will need to grow their own forms of mind to embrace the metanarratives of metamodernism.

Dr Fiona Day is a former Consultant in Public Health Medicine, now working as an Executive Coach offering world-class coaching for senior doctors, medical and public health leaders in the UK and internationally. She specialises in using adult development theory in the context of complexity to enable leadership development. This article was originally published as a blog for the UK Faculty of Public Health. Leaders: get strategic about your clinicians and public health specialists’ wellbeing needs this autumn 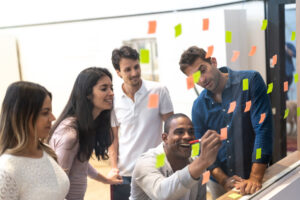 Team Coaching: Is it time for your senior medical or public health leadership team to pause, reflect and re-energise after Covid-19?

August 10, 2021
I’m not pretending we have seen the end of Covid-19 by any means, but 18 months into the pandemic and with much of society reopening,... Continue reading 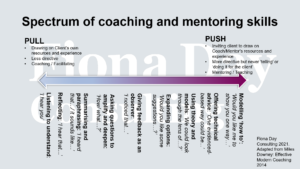 April 13, 2021
I integrate mentoring approaches into all my coaching programmes for doctors and public health leaders. This means that while I always draw out the learning... Continue reading 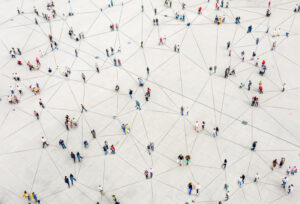 What’s the difference between coaching, and training and development, for doctors and public health leaders?

February 17, 2021
Doctors and public health specialists are always asked to lead, whatever stage of their career. This may be anything from leading a team, chairing a... Continue reading

Public health and medical leadership in 2021

January 19, 2021
Other than a few public health experts, not many of us could have predicted the scale of change which 2020 would bring across the world... Continue reading

Sign up for my bi-monthly newsletter and career tips, and get a free career planning workbook.